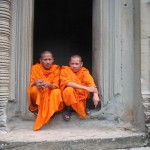 Journalism trainers often work in injured countries, but few, if any, are so injured as Cambodia. The Khmer Rouge killed or starved to death about a third of the country’s 8 million people from 1975 to 1978. It’s a country of survivors, nearly all traumatized. Still, it enjoys more press freedom than its Southeast Asian neighbors, with the exception of Thailand. For this reason, the New York-based Independent Journalism Foundation established the Southeast Asia Media Center in Phnom Penh. I taught two, two-month intensive journalism courses at the center along with Peter Starr, who specialized in financial reporting, in 2004. The participants were working journalists recruited from Burma, Laos, Vietnam and Cambodia. With the exception of the Cambodian journalists, the participants would return to their newspapers in countries that were not the least bit interested in democracy nor journalism as promoter/protector of same. But when I asked all 14 journalists what they believed was the role of journalism in their countries, they practically unanimously replied, “to inform the readers.” Journalism is elegant that way. The fundamentals are the same the world over. Not every journalist can write investigative stories in their countries, but they can all cherish accuracy and make their readers’ day a little bit more interesting. The media center was short-lived, but it did manage to make a significant contribution to raising journalism standards in the region. 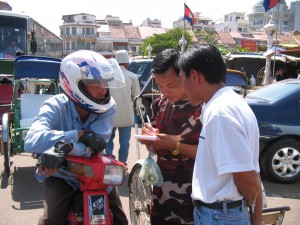 Journalists from Cambodia and Laos interview a motorcycle rider for their stories at Phnom Penh's Central Market.

Any good journalism course involves more work in the field than in the classroom. Participants of these courses ranged far and wide to cover stories for publication in “The Searchlight,” our in-house publication focusing on the state of the Mekong River and over-development in Siem Reap, the tourist town near Angkor Wat. 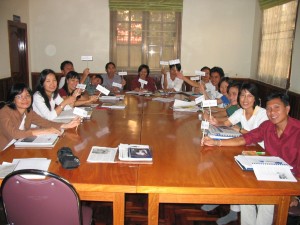 These courses were conducted in English, and many of the participants struggled to keep up. Compounding that problem was my propensity to speak too fast, something I tend to do when I get excited. Asians are notoriously respectful, especially to teachers, and I knew they would never interrupt me to ask me to speak more slowly. So we made these little signs out of chopsticks and paper. If I started speaking too quickly, they could raise their “Slow Down!” signs instead of interrupting me. It kind of worked. 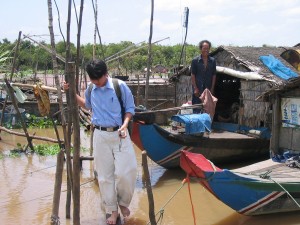 A Vietnamese reporter leaves an interview with a countryman in a floating village on the Tonle Sap Lake.

The Vietnamese reporters in the course focusing on the over-development of Siem Reap found an unexpected story on the lake. Hundreds of Vietnamese citizens without Cambodia work visas had created a floating village where they could fish and avoid being deported, which they might have been had they set up camp on land. The reporters filed the human interest story with their newspapers back home. 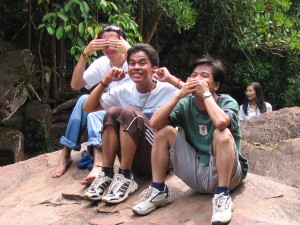 Journalism training involves plenty of hard work and deadlines, but it makes room for goofing off. These Lao, Cambodian and Vietnamese journalists testify to the universal popularity of the three monkeys.

Cambodia is a land of excruciating beauty as well as tragedy. 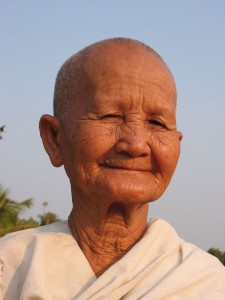 A Buddhist nun in Siem Reap. 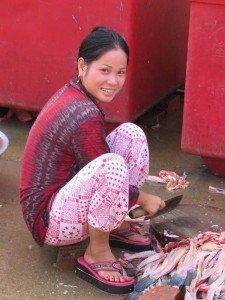 A Chan woman cleans fish. The Chan are Cambodian Muslims. 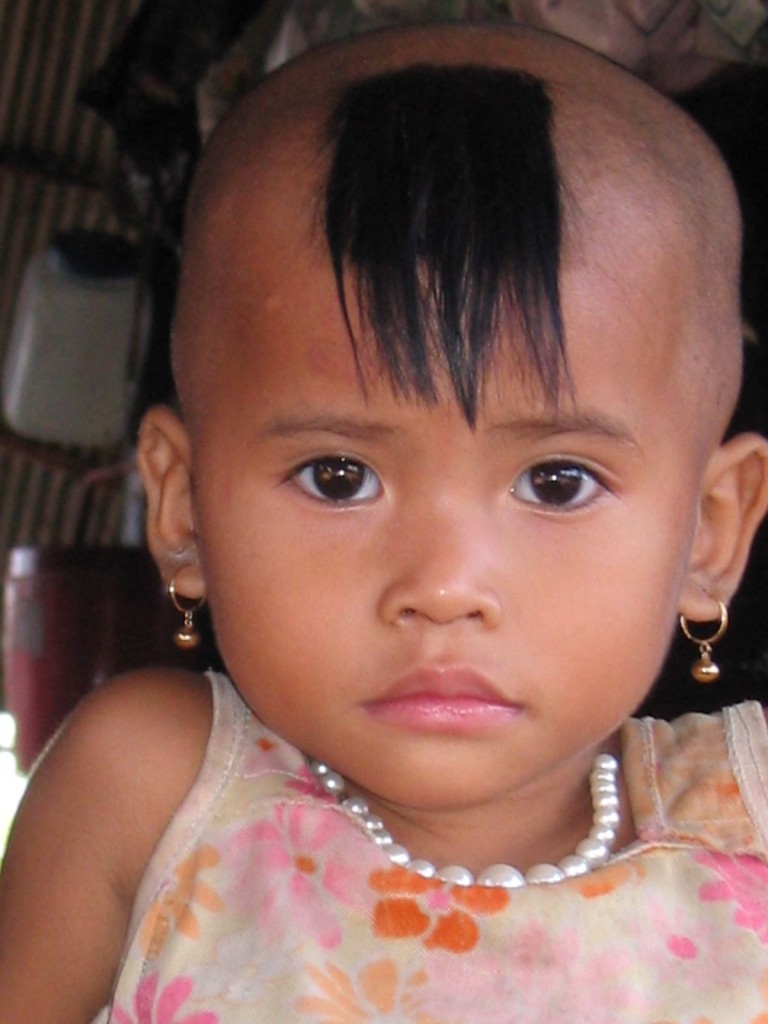 A tiny resident of a village built on stilts in the Tonle Sap Lake.