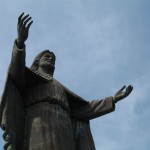 Before South Sudan became a nation in 2011, Timor Leste, or East Timor, was the world’s newest country. It is a graceful but injured place. Its 1 million people endured three centuries of Portuguese colonial rule. Their initial dreams of independence were dashed in 1975 when the Indonesian army invaded and occupied the island nation.  An estimated 100,000 Timorese died in subsequent weeks and months, and 200,000 more were made refugees. After 25 years of often brutal occupation by the Indonesians, the East Timorese got another shot at independence via a UN-sponsored vote in 1999. This time the occupiers left, but not before they brutalized or killed hundreds more, displaced another 200,000 and bombed or burned three-quarters of the nation’s buildings. The new country had to be built almost from scratch, including the news media. I served as interim director of a USAID-funded journalism program administered by the International Center for Journalists for 2.5 months during a shift in directors. As always, I worked with some extraordinary, courageous journalists. 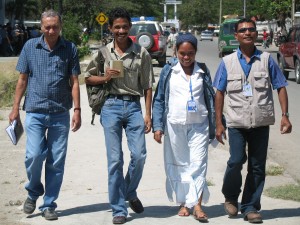 Fantastic Four: participants in a USAID-funded journalism program leave the site of a demonstration, their interviews completed.

The Indonesian occupiers gave East Timorese very little authority over their own affairs during the 25-year occupation. The challenge for many journalists was to learn not only new reporting and writing skills, but also to appreciate their critical new role in rebuilding their society and nation. 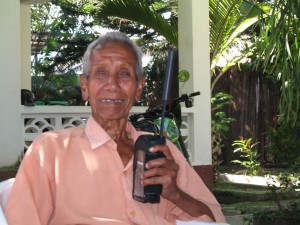 Avo Du, family caretaker of the compound that housed the training center, monitors a satphone for incoming election results from the field.

Program journalists were dispatched across the country to cover national elections in 2007. Their stories appeared in newspapers in the capital, Dili, and were heard on the airwaves. Real-time reporting projects like this usually present the richest training opportunities. 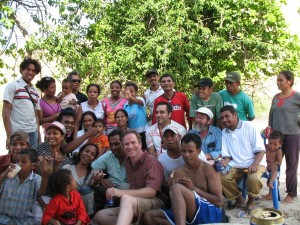 Journalists that play together . . .

Journalism properly practiced is fun – on and off the job. At a particularly critical juncture of the East Timor program, the staff, journalists and their families gathered at the beach for a barbecue to relax and celebrate the comraderie of the craft that united them in purpose. International Center for Journalists Vice President Patrick Butler is front center. 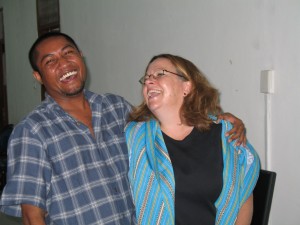 A newspaper can’t deliver the news if it doesn’t make money. One of a long list of projects within the East Timor program aimed to train media managers in better business practices in an effort to increase (or create) their profits and therefore their media outlet’s editorial independence. Veteran business-of-media trainer Michelle Foster worked closely with Antonio Soares to prepare him for the task.