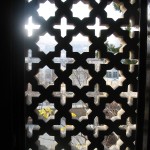 Azerbaijan in 2005 was an oil-rich nation run by the son of the despotic founder of the post-Soviet, Caucasus nation. and so it remains. Journalists report negative news about the government at their peril. Opposition demonstrators who take to the streets risk the brutality of the police. Still, as in every developing democracy where I have worked, nothing can stop the bold and the righteous from trying. I spent the 2005 fall semester as a Fulbright Scholar teaching journalism at Baku State University, the nation’s flagship university. There, in frigid, unheated classrooms, faculty and students did the best they could with what they had. I set out to institute radical reform of the journalism curriculum. I taught two skills courses, one in English and one in Azeri in translation. I designed a fact-based, Western-style journalism curriculum. Facts and accuracy, let alone balance, are not always considered essential elements of good journalism in many countries. I petitioned the rector and journalism school dean to make the course a requirement for all students, which they agreed to do. I assisted three able Azeri teaching colleagues to write and publish the first journalism Azeri-language textbook based on Western standards. With the help of the Open Society Institute, it remains in print. I helped the students launch the country’s first independent student newspaper, The Windmill. I took every precaution to guarantee that our work would be sustainable. It was not. When I left Azerbaijan, all promises were broken, and the students went back to the post-Soviet style of journalism with which the government was comfortable. The academic powers at BSU were willing to humor the U.S. Embassy by allowing an American to lecture, but they were not interested in journalism reform. I guess you win some, you lose some, and some get rained out. But I never doubt that efforts like this plant seeds that, when conditions are right, will burst forth and produce fruit, perhaps when it is most needed. 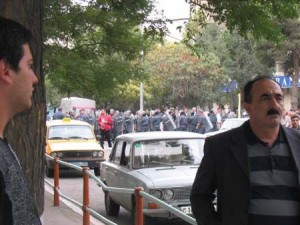 Plain-clothes police lurk menacingly behind every tree as a police line in the background diverts a modest march of opposition party members on a Baku street. 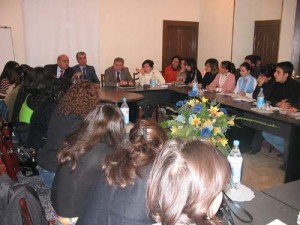 BSU students ask some tough questions at a real-time candidate debate organized by our class.

As no doubt was once the case in U.S journalism schools, Azeri students never left the classroom during their journalism education. Besides this candidate debate, the students covered a session of state court, an exercise the chief judge said was unprecedented. The judge invited the students to his office for a candid interview after the hearing. Teaching opportunities like this abound in places like Azerbaijan. 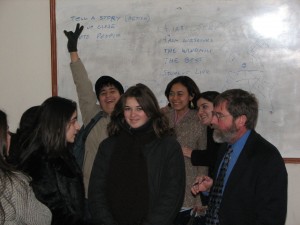 The birth of a newspaper.

Immediately following our graduation ceremony, a dedicated group of students shifted to an adjoining classroom to plan the first issue of their own student newspaper. They chose the name “The Windmill,” a metaphorical reference to spreading the news far and wide. They reported their stories fearlessly and were dragged before the school authorities the day the paper came out. They all stood by their stories, and no further action was taken against them. Sadly, The Windmill did not survive. But the students had felt what reporting real news feels like, and no one can take that away from them. 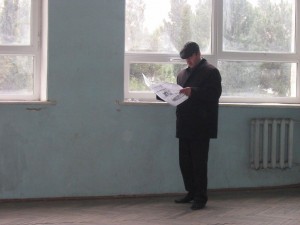 After all is said and done, this is what it is all about.