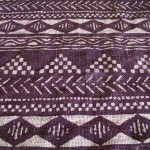 I spent a semester teaching journalism skills courses at the University of Botswana in 2007 as a McGee Journalism Fellow in Southern Africa, a program funded by John McGee and administered by the International Center for Journalists. But my primary mission was to launch the country’s first student newspaper. The UB Horizon was a runaway success, I’m happy to report, and is still going strong today. You can read the first issue on the “Student Publications” page. The students reported and wrote the stories, shot the photos, laid out the paper, sold the advertising and set up the distribution system. The Horizon broke stories that were picked up by the mainstream press in the capital, Gaborone, and was profitable from the second issue. The students, as you will see below, were fantastic. 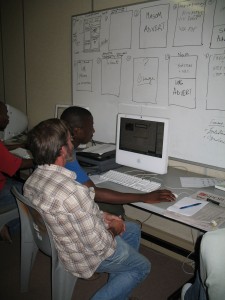 Sorting out which stories go where. The 16 pages of the first issue are shown sketched on the whiteboard. 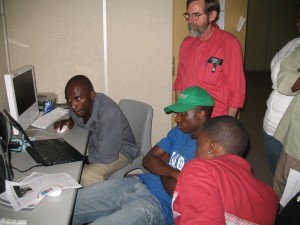 Final tweaks to the UB Horizon were a group effort.

The students took their work seriously. This layout crew put in 24 hours on each issue, non-stop, surviving only on pizza and soda. 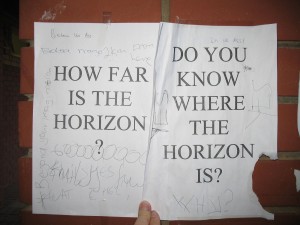 One particularly creative student created enormous buzz on campus with these cryptic posters hung days before the paper launched. 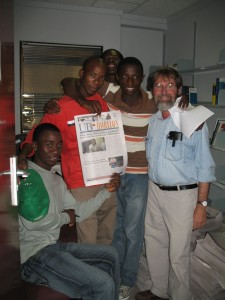 The first issue, hot off the press.

There are few prouder moments in journalism than this one — holding the first issue of the paper you and your colleagues birthed after weeks of labor. Getting the paper out — it’s a miracle every time.

Read all about it!

Editor-in-Chief Cheryl Ntumy distributes the first issue to eager students on campus. If there is a prouder moment than holding the first copies of the paper, it’s watching readers devour it. The Horizon was also available at city news stands. Students wrote and executed the distribution contracts. 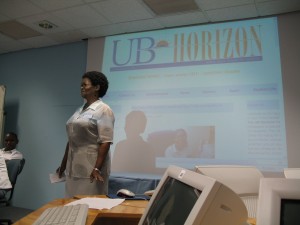 Dean of Humanities Moteane Melamu congratulates students at the launch of the UB Horizon website the following week.

A supertech student built the companion UB Horizon website. It looked great at the inauguration party, but it was built with software too complicated for the uninitiated to update and had to be rebuilt. 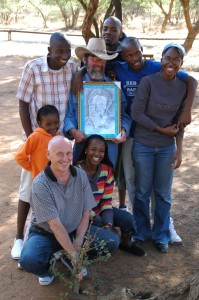 Showering their trainer with gifts, the students threw me a surprise farewell Braii, or barbecue.

Kebabonye Motewagae (with arm around my shoulder) designed the UB Horizon flag and pencilled this sketch of me. He told me he doesn’t sketch too many people he knows, because it’s too painful to think he may not see them again. The white guy squatting is David Kerr, then head of the UB Media Studies Department, without whom none of the above would have been possible.